HEMPEARTH – How to build a Hemp Plane – by Derek Kesek

Home » HEMPEARTH – How to build a Hemp Plane – by Derek Kesek 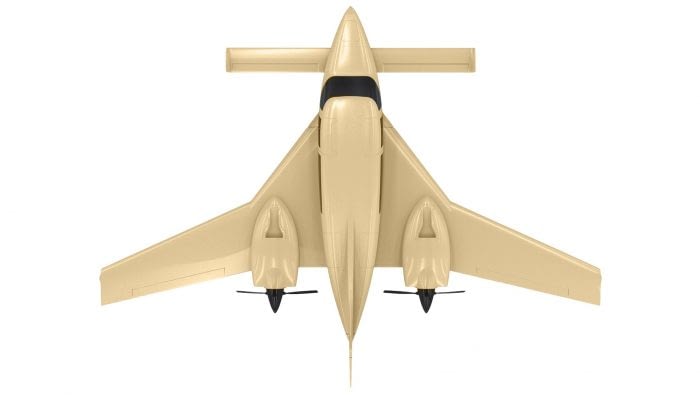 Back in 2014 I came up with the idea in my car to build The World’s First Hemp Plane and it was one of those moments I will never forget, Hempearth Group had already huge momentum. We wanted to come up with something that would really create super amounts of awareness for the Hemp plant, its benefits and our brand. Firstly, we did some research on the subject and realized no one had done something of  this magnitude before with Hemp.  A Hemp composite Plane powered on experimental Hemp Jet A fuel? Come on! lol they laughed. No one is laughing now I assure you, and if they are, they are in their basements eating Cheetos and wishing they were me. Our project has also been featured in The Toronto Star, USA TODAY, CNN and publications world wide including central america Costa Rica where we did our first tests with Hemp Bio Fuel back in 2016 https://ticotimes.net/2016/05/28/an-insight-into-the-worlds-first-hemp-airplane 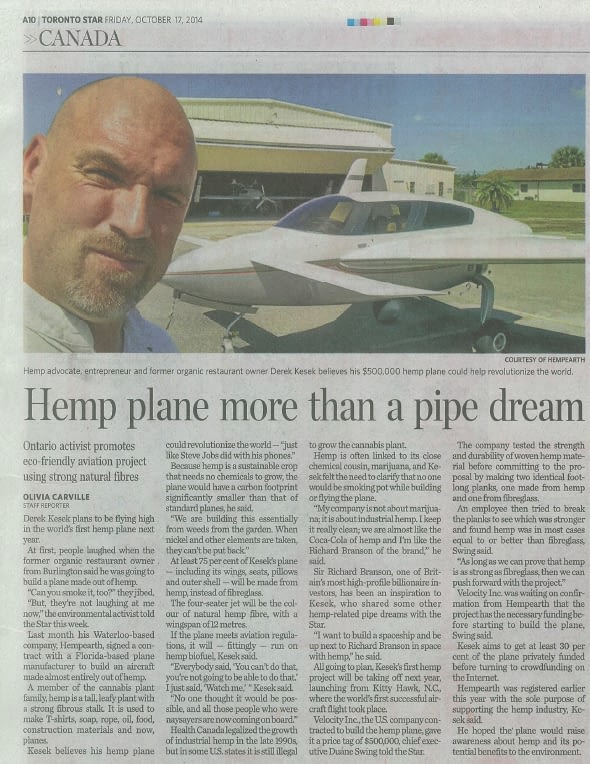 Beginning an airplane project was a very big decision for us, myself and for the Hempearth brand— right up there with proposing marriage, shaking hands on a deal or adopting a puppy. Like those decisions, it was made with a clear mind, and careful thought. The real decision was not which airplane . The airplane was the result of another decision — and that decision was the mission.

Once the project was realistically defined, the choice of airplane made itself. Once chosen, it was time for some due diligence.

With everything we build, including our 100% Hemp Fiber Surf and SUP boards, we are perfectionists and always want and strive to get everything perfect and with as much Hemp composites as possible. Firstly we had to find a manufacturer willing to take on the project, and that was not a easy task.  Getting a few laughs along the way like most innovative and revolutionary ideas, but finally a company out of Sebastian Florida Velocity Aircraft decided to collaborate with us. I have flown back and fourth to Florida many times over the years to film content and to fly in the particular design we have chosen to work with. We decided to go with an already existing aircraft design in order to avoid the timely and costly prototype phase and to assure the project 100% success. We began testing Hemp Fiber composites fully in 2015, and an open signed manufacturing contract was put in place.

We have also got permission to launch our first hemp plane from the birth place of aviation, The Wright Brothers Memorial in Kitty Hawk , although we can’t have a public event due to the commercial nature of the project, we can have, on the day of launch in the not so distant future a camera man present to take pictures and film quality footage, which we will share with the public after the event and with of course the proper insurance and paid permits in place. The Discovery Channels Daily Planet has also expressed interest in doing a segment once the plane begins to be constructed.

Few people ever tackle a project that requires as much dedication, effort and time as building an airplane. It isn’t for dabblers. It requires a steady, consistent input of hours for a long period.

The only sane way to contemplate a task of this magnitude has been to work on one piece at a time, breaking the huge project into many smaller, more manageable ones; and savoring the small milestones; and letting the “big picture” take care of itself.

Other than time, the biggest question has been funding. How much does it cost, realistically, to build a Hemp airplane and power it on Hemp Fuel? About $500,000+ USD is the answer. Building an airplane is a pay-as-you-go proposition. We have done a couple Kickstarters and one Indiegogo which has really made the project even more transparent and created even more momentum, and even though both were unsuccessful and Donor’s received funding back, all news has been great news for this amazing project that continues to gain more and more momentum each moment.

Right now we are just finishing up some new Hempearth Aviation composite samples in Montreal, once this is done we shall go into full production.

“When someone tells you that you can’t do something, your best response? “Watch Me!”