HEMPEARTH – Magic Mushrooms vs. DMT: What Are The Differences?

Home » HEMPEARTH – Magic Mushrooms vs. DMT: What Are The Differences? 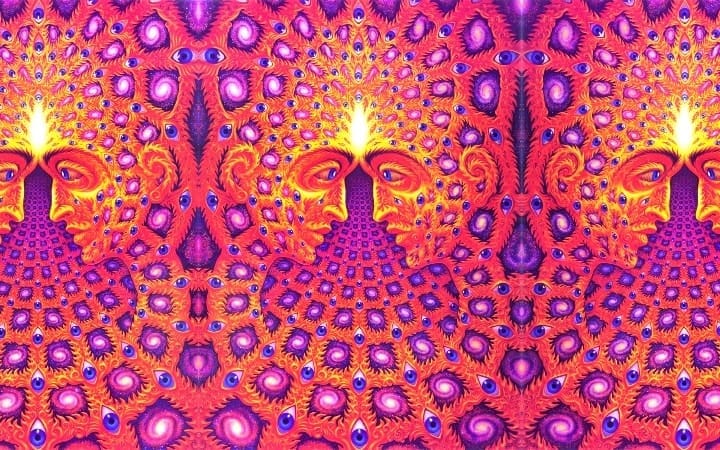 Psilocybin (the active ingredient in magic mushrooms) and N,N-Dimethyltryptamine (DMT). Undoubtedly, two classic psychedelics with many chemical similarities. They both belong to the tryptamine family of psychedelics. Moreover, DMT also has a very similar chemical structure to psilocin. Some people report that this similarity extends to these compounds’ effects.

Psilocybin and DMT Differ In Duration

Psilocybin offers a medium-length psychedelic experience.A psilocybin experience will generally last 4–8 hours. This duration will vary, depending on the dosage, of course. For comparison, LSD is a long-lasting psychedelic, lasting 12 hours and sometimes longer.

DMT, in contrast, is a brief experience typically lasting 5–20 minutes. It is much easier, therefore, to fit in a DMT experience into your normal day. Psilocybin, by contrast, requires much more time to have the experience.

They Have Different Routes Of Administration

The difference between psilocybin and DMT also extends to their routes of administration. Users take psilocybin in the form of dried mushrooms. These can be eaten whole, with food, ground up into a capsule, or made into a tea.

When people use DMT, on the other hand, it is typically in its freebase form and so can be vaporized. People can vaporize DMT in different ways, such as using a bong for example. In this case, DMT is sandwiched between a herbal mixture, so as not to burn it. Other options include special vaporizers (like the Glass Vapor) or an oil-burner.

Both psilocybin and DMT occur in nature but in different types of species. Psilocybin is found in various species of mushrooms. DMT is found in most general groups of plants, as well as in the human body. DMT is found in the blood, urine, and cerebrospinal fluid.

Visual and auditory hallucinogenic effects are characteristic to both compounds. The compounds differ in that the psychedelic experience that psilocybin elicits tends to be more introspective. It is common for individuals to go into their psilocybin experience with important life questions to gain much needed clarity. People gain insights into bottled memories, significant life themes, and overarching thought patterns. Profound connections to the earth and to nature are also characteristic of the substance.

DMT, on the other hand, elicits more of an intense, near death, spiritual experience. The journey is more “cosmic” in nature, as individuals report interactions with other beings (i.e., aliens and elves), other dimensions, and other realms of time. People tend to meet either their purest, highest being, their “soul,” or “God.” After all, DMT is colloquially known as the “spirit molecule.” The so-called “ego-death” (or detachment from the self) is also common, which has been described as frightening, yet liberating. Overall, individuals report being absorbed by states of utter serenity, peace, freedom, and happiness.

So, for individuals who are looking to gain a greater understanding of themselves, to work through deep trauma, to resolve complex psychological wounds, to explore different facets of their identity, or to obtain answers to significant life questions, psilocybin would be the optimal choice.

For individuals who are seeking to expand their minds, to raise their consciousness, to alter their perceptions/outlooks, to gain a new appreciation for life, or to connect to spirituality, DMT would be more ideal.